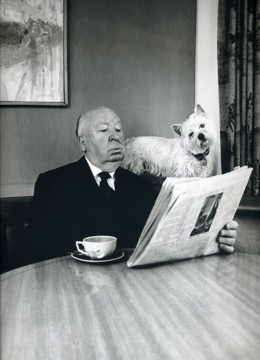 Alfred Hitchcock and his Westie

Thus, even the origin of the breed has interesting story about that how we got West Highland White Terrier. Westie emerged directly from Carin Terrier. Breeders of Cairn Terriers were eliminating all white puppies for years. Until happened an accident on hunting. Hunter’s dog in color of fox was killed. That was the start of Westie’s popularity as we known today. They were made for work underground and this is the only breed of dogs that we could lift for tail without any pain or uncomfortable for the dog. After years of breeding they got especially strong vertebras. This breed was and still is interesting as a trademark of some brands. In the 1922 at Scotch brand of whiskey Black & White, choose this breed. On their bottles we found Scotland Terrier and West Highland White Terrier. In the 1940 Westie was on poster which promoted cars Ford. From the year 1956 is the poster for cigarettes brand Old Gold on which two Westie puppies were presented. In the year 1957 Westies were promoted beer Rehingold – Extra Dry Lager. Westie is also use as a trademark for dog food Cesar . 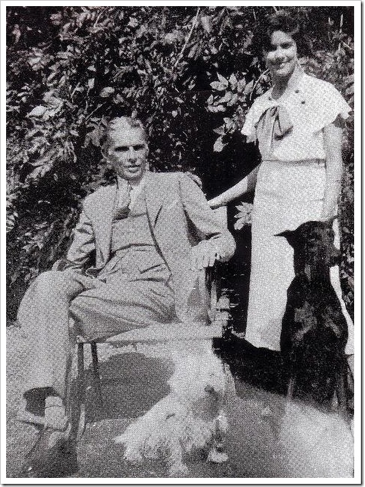 As working and countryside dog, Westie didn’t open doors into English Royal Court. Admirer of this breed was founder of Pakistan Mohammed Ali Jinnah , which owned Wesie named Peter, the famous Westie at the time. On European courts was Westie present in 80’s as a companion of Monaco’s princess Caroline . Westie is known and popular breed which touched the hearts of many stars all over the world. This dog also decorates cover of the book titled Hollywood Dogs . For company of Westie decided Jennifer Aniston , Whoopi Goldberg , Glenn Close , Scarlett Johannson , Robert Pattinson in Kate Beckinsale . In the past Westie was owned by Alfred Hitchcock , Frank Sinatra , Pier Luigi Collina , Lillian Gish , Joan Caulfield , Billie Burke , Kim Novak in Géneviève Tobin . With attractive look Westie also came on television screens where best known representative of the breed was Westie which in series Hamish Macbeth was named Wee Jock and was loyal companion of a police officer which was played by Robert Carlyle . Stories of course happened on West coast of Scotland. In the year 2006 Westie named Bobby appeared in the film The Adventures of Greyfriars Bobby This breed emerged in many series and cartoons for kids and thus, in 21th episode of third season of series Dr. House.