Primary Lens Luxation is a genetic disease that mostly affects Terriers (Jack Russell Terrier, Parson Russell Terrier, Jagd Terrier, Wired Fox Terrier, Yorkshire Terrier, Welsh Terrier and Sealyham Terrier) and some other breeds (Tibetan Terrier, Chinese Crested Dog, etc.). The condition won’t emerge until adulthood of an animal. Usually starts between the second and sixth year of age. That’s when changes occurred and lens in the eye begins to move from its position. That can cause increased pressure in the eye and it’s very painful for the dog. That can also lead to blindness if measures won’t be taken quickly enough.

The reason for PLL is a mutant gene, which could be detected with DNA test. Test could be done in almost every country also in Slovenia ( http://www.eurovetgene.com/en/ ). All they need for DNA test is a sample of salvia or blood, which must be taken, and send by veterinary. Both the owner and the veterinary would be informed about the results.

Taking into account that PLL is a genetic defect it’s right to know that we could avoid it with careful breeding and awareness among breeders and dog owners with affected dogs. It’ll be ideal to include only dogs, which are PLL clear in breeding because only that’ll ensure that puppies’ll be PLL clear too. However we have major problem at breeding Sealyham Terriers because of a small gene pool so conditionally we could include PLL carrier in breeding too but after that all puppies, which will be involved in further breeding, have to be tested.

On this place we would highlight the importance of healthy breeding of Sealyham Terriers. This breed couldn’t be reconstruct or restore because we don’t have accurate data of the breed ancestors. With the following projection we would like to draw attention to the importance of PLL testing for healthy breeding of Sealyham Terriers. 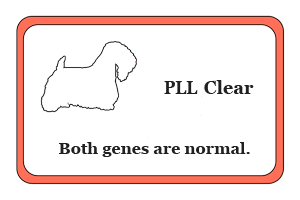 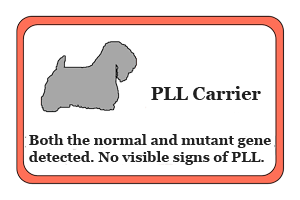 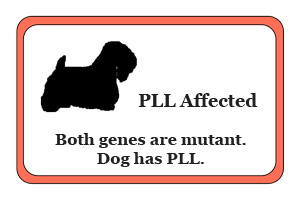 In case that both parents are clear also all their puppies are clear too (PLL Clear). 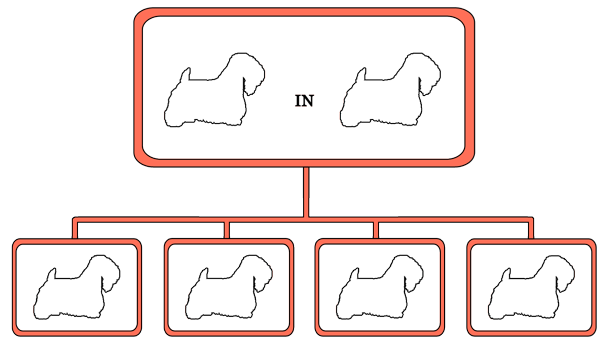 If one parent is clear and other is carrier than half of puppies’ll be carriers and the other half’ will be clear. We could say that probability that puppy’ll be carrier or clear is 50%. 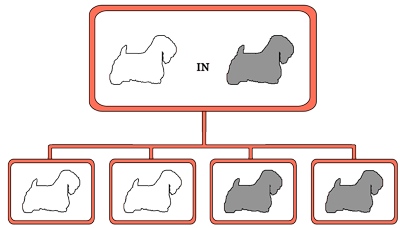 If one parent is clear and other affected than all puppies probably’ll be carriers. 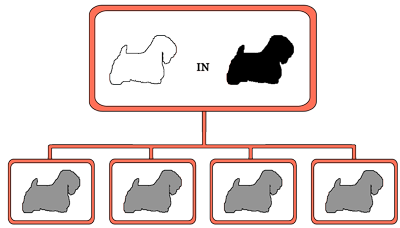 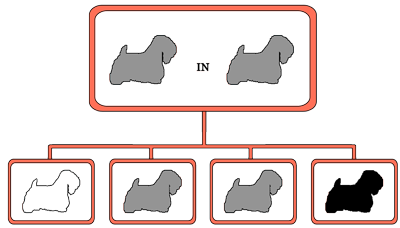 If one parent is carrier and other is affected than 50% of their puppies’ll be carriers and other half will be affected. In that litter none of puppy’ll be clear. 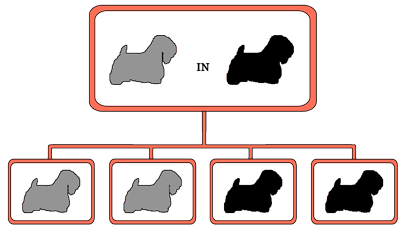 If both parents are affected than all their puppies’ll be affected too. 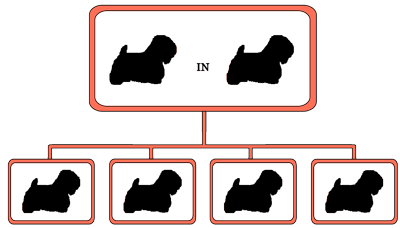