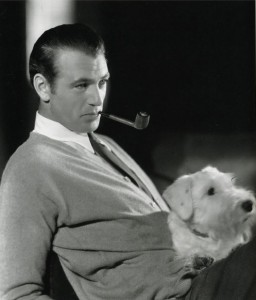 In the most critical time, breed found a promoter in a male Efbe’s Hidalgo at Goodspice He was named for the most beautiful dog of all breeds in the world dog show in 2008 and won BIS at Crufts 2009 as well. He restored a bit of the breed’s old glory.

Sealyham Terriers in the limelight of the Hollywood stars 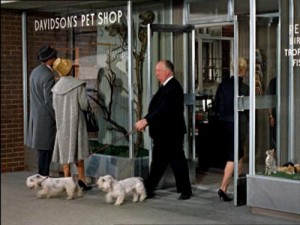 Gary Cooper and his wife even bred Sealyhams. Alfred Hitchcock used his own ones in the opening scene of his most famous movie The Brids. Also, they are observed in the movie Storm In A Teacup from 1937.

In 1967, Maurice Sendak one of the leading American writers and illustrators for children, wrote a book entitled Higglety Pigglety Pop! Or, There Must Be More to Life. The story was inspired by his Sealyham terrier, which was given the lead role of curious Jennie. After bookmarking proposals was filmed in 2010 was made short animated film, Meryl Streep lend her voice to Sealyham Terrier Jennie. 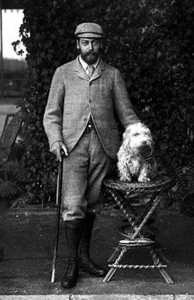 In more recent times we could trace Sealyham Terrier only at the end of the film The Departed, Matt Damon exits the elevator; it is briefly featured in the company of older ladie.

The only breed that derives from Sealyham Terrier is Lucas terrier, named after Jocelyn Lucas, the same man who has intensively worked on breeding of Sealyham Terriers and led the Ilmer. Since he found that Sealyham Terriers are too large for underground work, he crossed them with Norfolk terrier and so got a new breed, which is still not recognized by the FCI.

Thus, Sealyham Terriers, mainly from the lines Ilmer, found their place in the English royal family. The most famous royal Sealyham Terriers were Pippin and Johnny, the companions of the Princess Margaret. Among her long illness for her Sealyhams her mother, Queen Elizabeth was taking care. On the Holland royal court Sealyham was a companion for Princ Bernhard. On the Romanian court Sealyham was a companion for Princess Helen.