Sealyham terrier was like other terrier breeds from Great Britain breeding for work. John Edwards the father of the breed probably never imagined that will this small and sturdy dog walk side by side with the most powerful and important people on the planet. That Sealy will change fields, meadows and river banks for royal gardens and Hollywood spotlights. The last thing Edwards probably wanted for breed happened on the end of the golden period of 50’s. Even Great Britain the origin country of this breed forgot about it. English media started the appeal for preservation of this breed just before the extinction in the year 2008.

Like other breeds even this changed through decades. From quite slim terriers on proportional long legs to the Sealyham terrier we know this days; on short legs, with long and sound body, with large muzzle and teeth.

St Bride´s Demon (born1909) was in 1911 titled as a champion – the first one from Sealyham terriers. Then they were on longer legs, so we can assume that fox terrier was involved at this breed.

Photography of Sealyham Terrier from 1915. 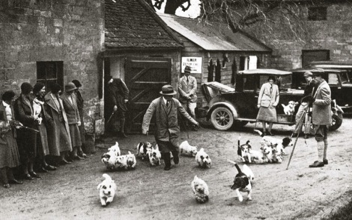 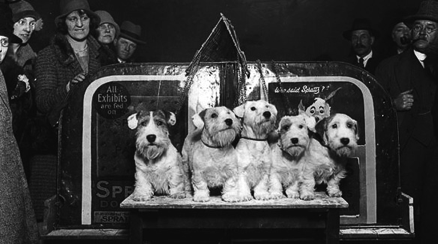 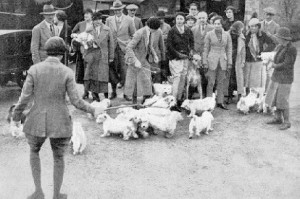 The pack of Sealyham Terriers was ready for work, in England around 1935. 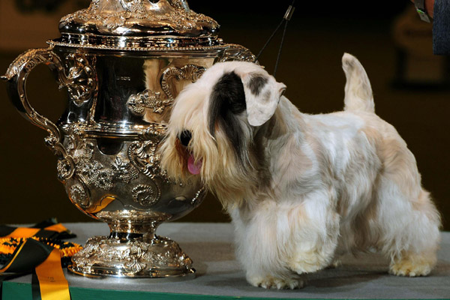 Crufts 2009 – where BIS won a Sealyham terrier Efbe’s Hidalgo At Goodspice and with that gave back this breed some of the past glory.